Forged from the hammer of Ragnarok, Shreddage was designed to be the most realistic and flexible electric guitar sound for rock and metal. Combined with its expansion Shreddage X, you get a full range of articulations from palm and aggressive mutes to powerchords, vibrato, harmonics, pinch squeals, pick scrapes, neck slides, portamento slides, chordstops, and much more. Available for Kontakt + SFZ!

Shreddage is a DI guitar sample library like no other. Rather than trying to cover every possible technique or style, it is focused entirely on rhythm playing in a rock/metal style. The result of this intense design focus (and two full years of research and development) is an extremely playable and realistic instrument. This library isn’t just for composers, though it is very easy to use in the context of trailer cues, video game arrangements and other massive productions. It’s also a great tool for producers and even guitarists!

Shreddage requires next to no editing or humanization to sound realistic right out of the box, and thus can be dropped in a track to fill it out, doubling a real guitarist or serving as a highly-accurate placeholder or demo until live guitars are recorded. The Kontakt patches feature a scripted interface that allows you to easily tweak envelopes and EQ, but does not require any sort of fancy keyswitches or MIDI CC control to use. Just load and play – each hand gets a different type of articulation, and velocities handle the rest. Swap out individual patches to tweak your performance multi.

The Shreddage X expansion pack / add-on goes a step further. We started by lowering the tuning even further, going from Bb to Ab (the “A” is for “Armaggedon”.) We added non-pinched vibrato on every note, for even more expressive performances, then recorded traditional harmonics (with no vibrato) as well as blazing tremolo picking. But we didn’t stop there. Shreddage X includes true recorded portamento slides on every single note and powerchord, up to an octave. The portamento time can be reduced to create more subtle legato transitions, eliminated, or kept at max to create dramatic custom slides and dives.

All this newfound power would be for naught if it were hard to use, so we reprogrammed the patches and kept them as easy to use as ever. There is still no need to memorize complex keyswitches, excessive midi CC automation or pedal futzing. Just load up the master patch and prepare to have your face melted. For years we’ve read that it’s simply not possible to have realistic guitar samples without loops. We’re confident that with this library, we’ve proved the doubters wrong! 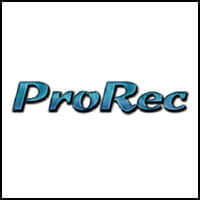 “What Shreddage does, it does VERY well. If you need power chords, and don’t want the extra complexity that some libraries have, it’s a no-brainer… It’s affordable and you get a lot of sound and flexibility for the price … The value is tremendous if you need solid power chords to spice up your arrangements. The dry and consistent recordings allow you to create the sound YOU want … [It’s] a solid and fun library. Easy to play, light on resources… [it] will find it’s way into your tracks, whether they be scratch tracks for future live replacement, or final, render-ready guitar parts.”