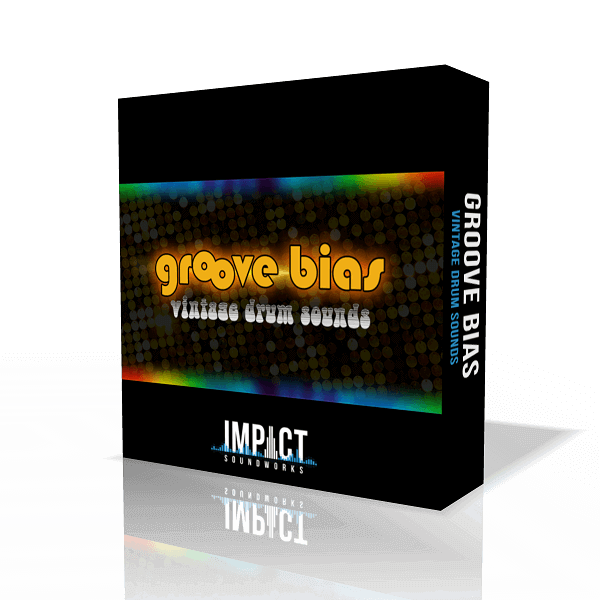 The goal of Groove Bias was to create a set of deeply sampled acoustic drum kits inspired by classic 50s, 60s and 70s records and the timeless breakbeats we all know and love. For decades, these sounds have been imitated and sampled over and over, but many producers have preferred to try and capture old kits with pristine, modern recording methods. Not so with this library. Our motto was “the more tubes, the better,” and we armed ourselves to the teeth with beat-up mics, analog gear, vintage drums and tape machines.

We put over eight months of work into the meticulous recording and editing process, whole sessions going by before we were finally satisfied with a single snare sound. The result is what we think you’ll agree is the funkiest, “phattest” acoustic drum library around. We hope you enjoy Groove Bias!

The three custom kits of Groove Bias were recorded and performed in three studio locations across the United States, then chopped, tweaked and edited by Andrew Aversa of Impact Soundworks.

"Superfreak" (Milkboy Studios, Ardmore, PA)
As the name suggests, most of this 60s Ludwig ‘Silver Comet’ kit is rumored to have originally belonged to a certain funk music icon. The drums were recorded using high-end ribbon mics into an all-analog signal path, most notably a 70s Neve console with a few busted channels and lots of character. Outboard processors in the chain included gear by Empirical Labs, Tube-Tech, and Anthony DeMaria Labs. The saturation present on the higher velocities of some of the sounds, like the kick and snare, came solely from high gain running through all the tubes; no overdrive, distortion, or compressor saturation was applied!

"Tape" (The Audio Lab, Milville, NJ)
This one was a real hybrid, the centerpiece being a 30s Ludwig Pioneer Black Beauty snare. The kicks and toms were Tamburo original series, along with an extra 22” Tama kick. Our hats, cymbals and rides were a mishmash of faded, junked up old metal… just what we wanted. Everything in the kit was recorded through an analog signal path then finally to an authentic, 24-track Otari tape machine before being dumped into Pro Tools. Mics used for this kit ranged in age and manufacturer. Various workhorse mics from EV, Sennheiser, Shure and Audix were used throughout, and to get the trashy, crunchy room sound, we used a trashy 70s General Electric cassette recorder mic along with an RCA SK-30.

"Herodotus" (Real Music Media, Minneapolis, MN)
John Gump (a.k.a. KVRAudio member Herodotus) recorded this drum set, which is the same make and model as Cream drummer Ginger Baker’s drums! Mics used were a pair of Neumann KM-184s and Sennheiser 441s plus a Royer R-121. All of this went into some serious outboard gear like a classic UA 1176, Manley Labs VOXBOX, UA 2-610S and Manley Vari-Mu before finally going to a TASCAM reel-to-reel tape machine to seal the deal.

"If you’ve been frustrated trying to find these types of vintage drum sounds, you probably didn’t even bother reading this far and have already placed your order. But for those who need further convincing, just take a listen to the demos on Impact Soundworks’ website […] This is a great sounding collection of the types of drums that aren’t exactly abundant on the sample library market these days." Tom Shear (Waveformless)

"Groove Bias is always my first choice for tracks that need serious amounts of funk and soul. For years, I’ve been wrestling with general purpose drum libraries, trying to treat them to get that ultra-punchy 70s/80s sound. This can’t be overstated: the way the samples are recorded matters as much as your mixing techniques, if not more. After 10 minutes with GB, I was already slamming out breakbeats that sounded straight off an Earth Wind & Fire record. It’s amazing how well ISW captures that sound with almost no processing." Jake Kaufman (Shovel Knight, Bloodrayne, Shantae, Contra 4) 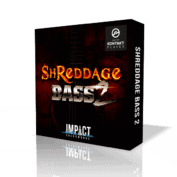 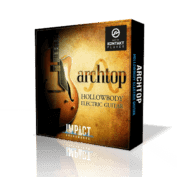 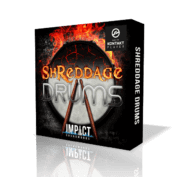 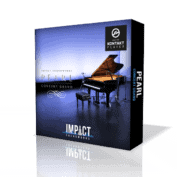